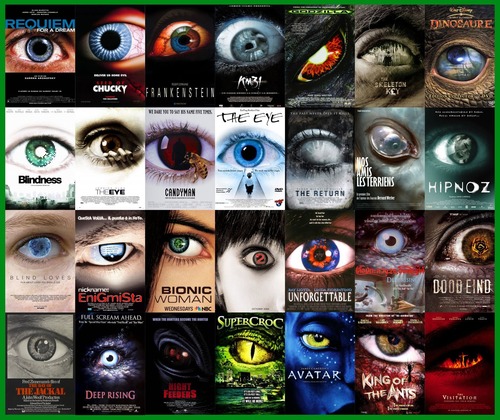 Update 1: I no longer prefer Unblock US’ DNS service, but rather the alternative Overplay’s Smart DNS and VPN instead. Find out why. The rest of this guide is still relevant :)

Update 2: Unblock US is currently offering the first month for only 99 cent if you use this landing page to order. They have also introduced yearly pricing, saving you $10 per year.

Not entirely happy with your Netflix subscription? Here’s a cheap and easy way to get way more out of Netflix.

It’s widely believed that the US Netflix catalog is the best there is, but this is not always true. It’s true that it by far have the most content, but a lot of it is just crap (pardon my french). In my experience, the Canadian Netflix has the best movies, and in some cases even the Scandinavian Netflix have some good stuff that’s not available in other regions. The one area the US Netflix in fact really shines above the rest is American TV series, but when it comes to movies it seems all regions have some hidden gems.

The good news is that you don’t have to travel from country to country to access all these goodies. It’s all available to you from the comfort of your own home, for the small price of 5 Canadian dollars per month. How? Using the two brilliant services, Unblock US and Moreflicks.

The first you’ll need is a subscription to Unblock US (or take it for a test drive with the free 7 day trial), the smartest VPN-ish solution to bypass region restrictions for media content on the web. Unlike slow and expensive traditional VPN services, Unblock US is fast, un-intrusive and works on all devices. All you have to do is to configure your device or (preferably) your router to use their DNS servers, and you’re good to go. If you set up your router, all devices connected to it will automatically be configured.

Unblock US detects when you’re trying to access region restricted content on all major streaming services, magically steps in and bypasses the region check for you, then steps back and let the content flow directly to you without channeling it through a slow VPN connection. But there’s more: Unblock US also let you chose wich Netflix catalog you want to access (the US, Argentina, Australia, Austria, Belgium, Brazil, Canada, Colombia, Denmark, Finland, France, Germany, Ireland, Luxembourg, Mexico, Netherlands, New Zealand, Norway, Sweden, Switzerland, or the UK).

After signing up for Netflix last year, I was using Unblock US alone, and I found it rather difficult to navigate the catalog in all regions, having to switch from region to region to see if the movie I wanted to see was available in any of them.

This led me to search for a site that listed the contents of Netflix in the different regions, but all the sites I found just listed all the content without any good way to search or filter through it. But then I stumbled upon Moreflicks, a free service that let you search for a movie or TV show you want to see, and subsequently show you on which streaming service and which regions the title is available in. Perfect!

So here’s my current “workflow” when wanting to watch a movie on Netflix: 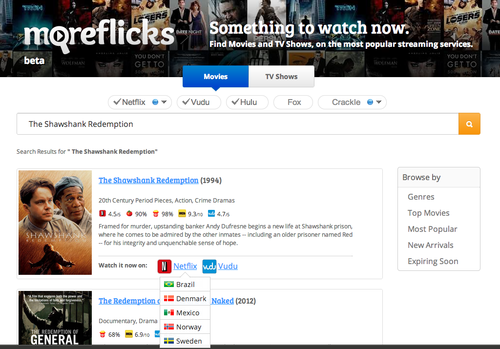 Step two
Head over to the Unblock US welcome page, locate the region picker (see image below) and select the appropriate country. Click Update. You also have the option to turn off subtitles.

Step three
Start up Netflix (you may have to restart it if it's already open, so it performs the region check again - if you're watching in your browser just open Netflix in a new tab) and search for the title. Press play and enjoy the show!

That's it! Way better Netflix for only 5 bucks a month. If you found this guide helpful, make sure you do your friends a favor and share it with them. And please leave a comment below. Thank you :)

Note: I ran into some issues with Unblock US a little while ago when someone else in my building started using them as well (the entire building shares the same public IP address, and that creates a mess because the region picker works on an IP address level), effectively overriding my location settings. I tested one of Unblock US' competitors, and made the switch. I’ve found them to be reliable, feature rich and supporting more sites. They also offer a VPN service. Read more about why I made the switch.